NASHVILLE, Tenn. - The Tennessee National Guard announced that the Jackson based 194th Engineering Brigade will deploy to Kuwait this fall. The more than 100 Soldiers assigned to the unit have been training for over a year to manage engineer operations throughout the Middle East.

"The 194th has a distinguished record of service to our allies, our country, our state, and its communities,”

said Col. Warner Ross, the commander for the 194th.

“We will serve as theater level engineers and we have a strong team that looks forward to the challenges of serving our country and upholding the legacy of the Tennessee National Guard.”

The Tennesseans will replace the Louisiana National Guard’s 225th Engineer Brigade, currently deployed to Kuwait, as part of a regular rotation of forces.

The unit will depart for Fort Bliss, Texas, in October for additional mobilization training before arriving in Kuwait. 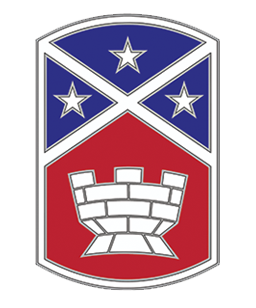 The 194th Engineer Brigade has 19 units throughout Middle and West Tennessee providing engineer support not only to the military but also to Tennessee State Parks. The 194th has two battalions and 4 separate engineer companies and a well drilling detachment that fall under it during peacetime operations. As part of the Tennessee Army National Guard, the 194th Engineer Brigade serves a dual purpose. Under state command, the Brigade may be used to provide assistance and support during natural disasters or quell civil disturbances. As a result, the Brigade must train to meet both Federal and State training requirements.

The mission of the 194th Engineer Brigade (Theater Army) is to command assigned and attached engineer units and coordinate the engineer construction activities with the appropriate command. The peace time mission of the 194th Engineer Brigade (TA), and all assigned units, is training to attain and maintain the highest state of readiness possible, and to provide equipment and manpower in emergencies as directed by the Military Department of Tennessee.